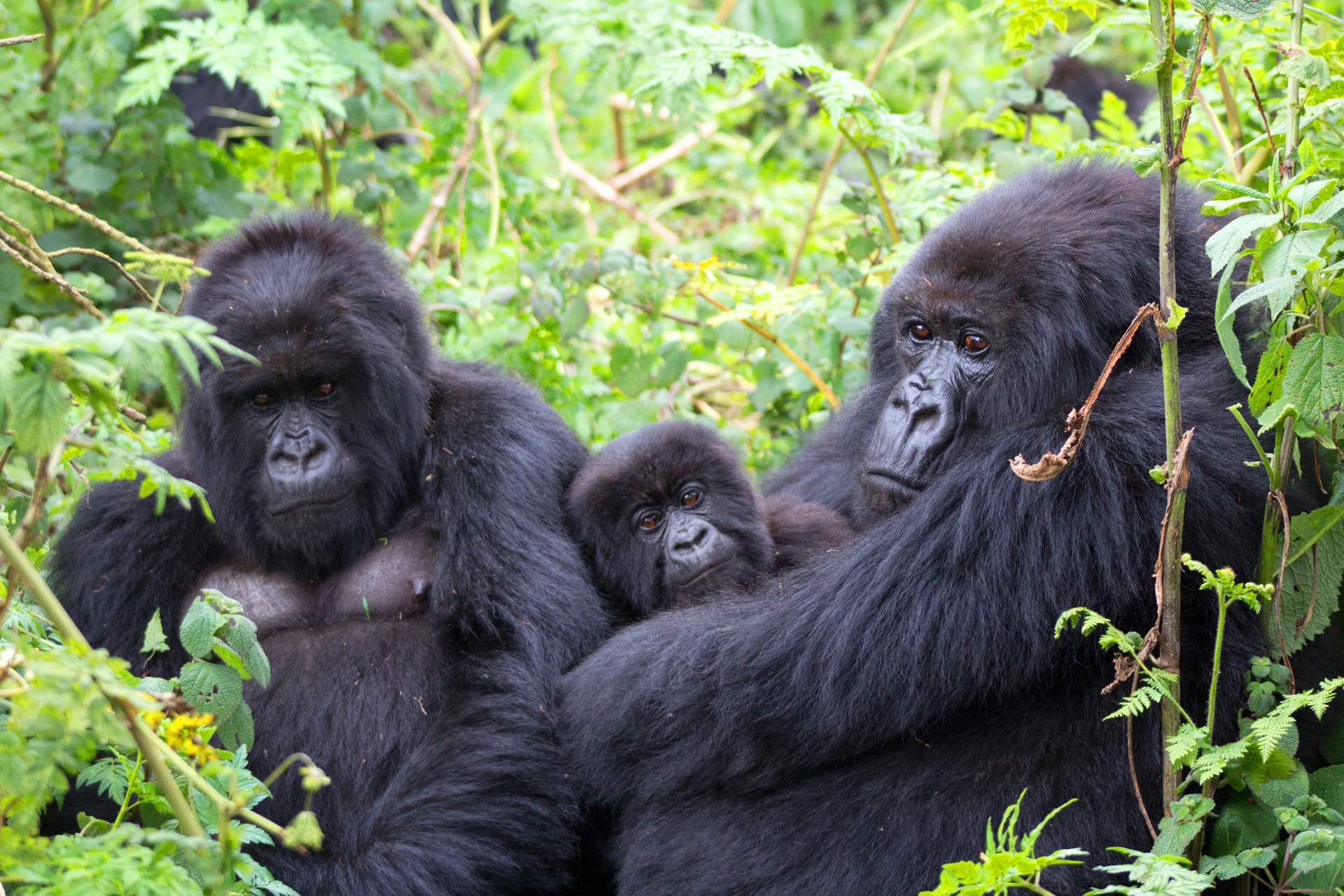 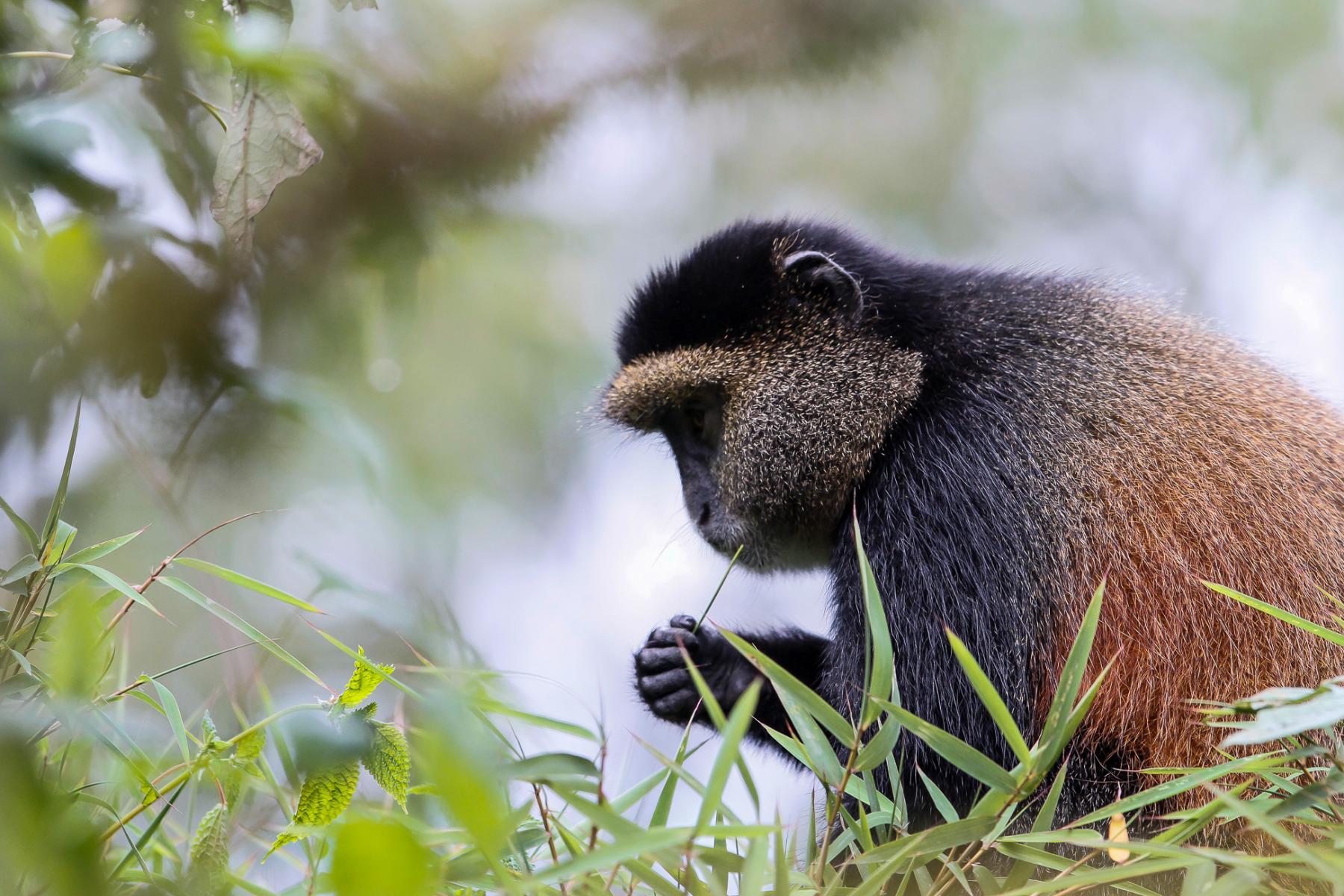 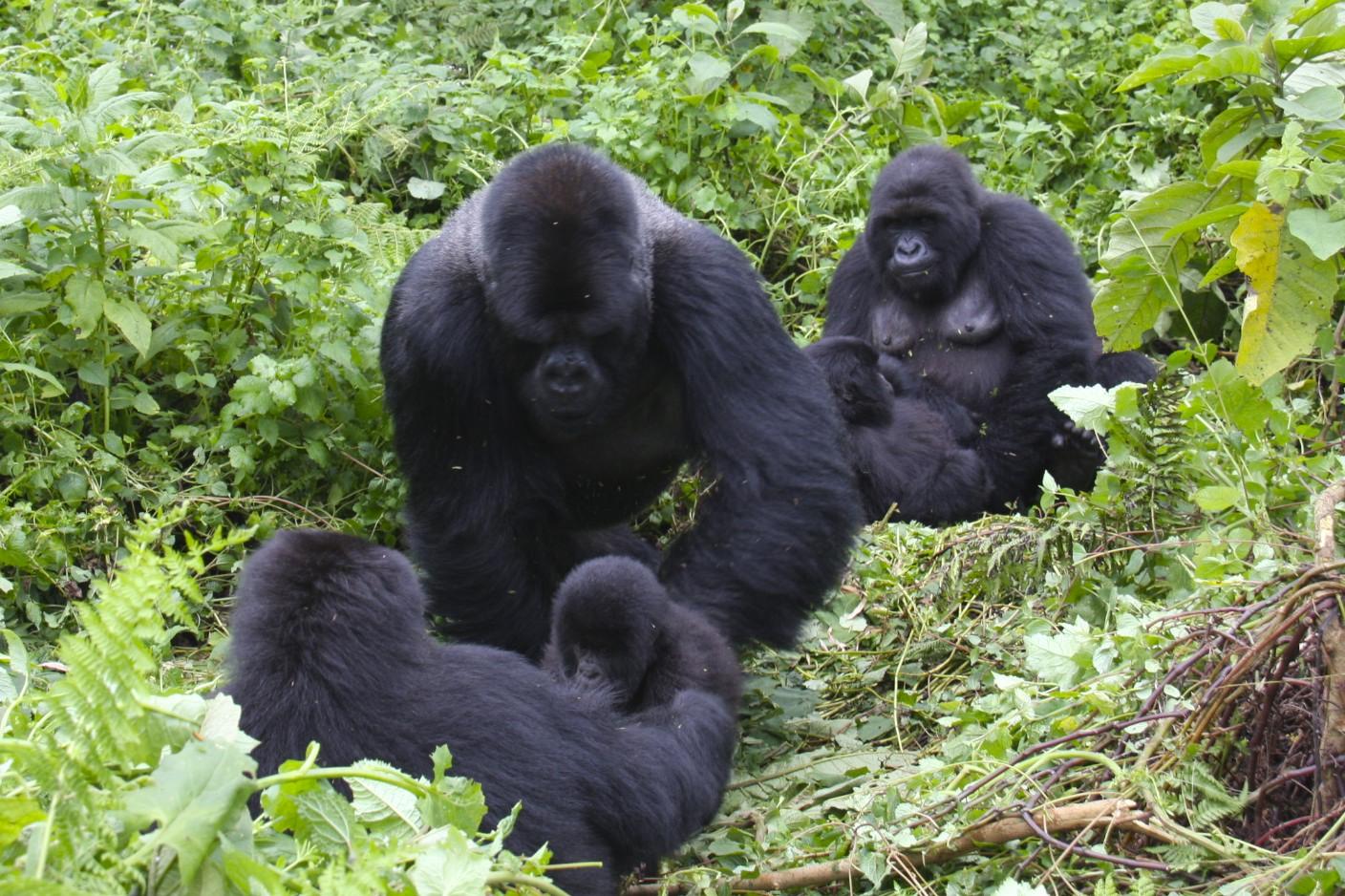 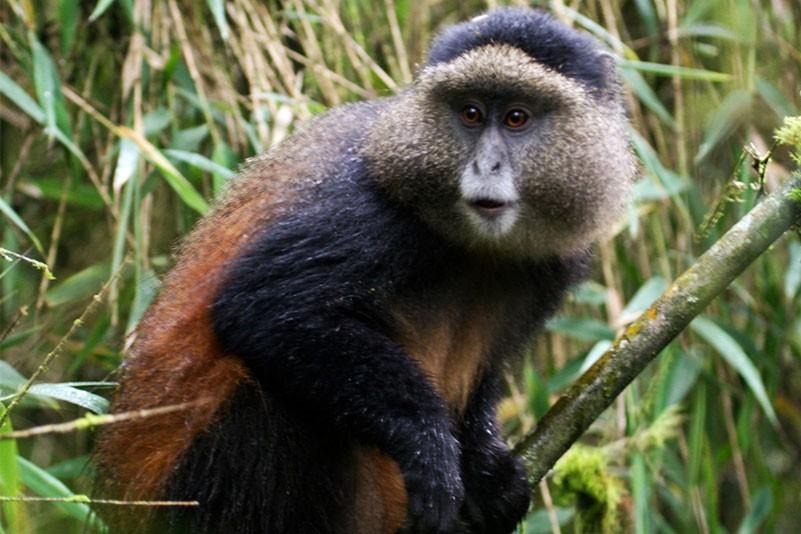 With its population of over 300 mountain gorillas, Volcanoes National Park draws thousands of visitors each year eager to see these gentle giants in their natural habitat. With twenty family groups in the park, visitors are able to meet members of ten groups, while the other ten are kept away from tourists so as to be studied.

Also within the park is the final resting place of gorilla researcher and anti-poaching activist, Dian Fossey, a woman whose work raised awareness of the plight of gorillas and ultimately led to her murder.

Gorilla tracking is another extremely popular tourist activity in this area; however, the trip ...

With its population of over 300 mountain gorillas, Volcanoes National Park draws thousands of visitors each year eager to see these gentle giants in their natural habitat. With twenty family groups in the park, visitors are able to meet members of ten groups, while the other ten are kept away from tourists so as to be studied.

Also within the park is the final resting place of gorilla researcher and anti-poaching activist, Dian Fossey, a woman whose work raised awareness of the plight of gorillas and ultimately led to her murder.

Gorilla tracking is another extremely popular tourist activity in this area; however, the trip is advised only for fit adults, since the bamboo forest in which the gorillas live is high up in the mountains. Standing face to face with a wild mountain gorilla is something you will never forget. The gorillas may seem terrifying, but they are in fact very friendly creatures that even try to interact with their human visitors. You may even witness a gorilla greeting your tour guide by touching him. The young gorillas may show off a bit and show you their chest-beat display, while a female gorilla might walk up to you and stare into the lens of your camera for a while before, satisfied, wandering off again. This is truly an unforgettable, once in a life-time experience!

Upon visiting the Volcanoes National Park you may wish to go trekking up and along the volcanoes. This is a highly popular activity that awards you with magnificent views of the surrounding peaks and valleys, a surprising change of vegetation and a glimpse of the famous mountain gorillas.


There are various trekking possibilities


Trek up to the top of either Bisoke or Karisimbi on a two-day excursion, during which you will meet the mountain gorillas.
Go on an easy two and a half hours walk to a group of crater lakes, during which you will observe the amazing bird life and meet the golden monkeys.
Visit Fossey’s grave (1-3 hours long walk, depending on how fit you are and how often you wish to stop to enjoy the beautiful scenery).
Ascend Mount Visoke up to its crater (a two hour walk).

Gorilla tracking in Rwanda is often described as "life changing" and with good reason. With only 880 estimated Gorillas left in the world, to see these gentle apes in their ...
Read More...

Dian Fossey was an American primatologist and anthropologist who committed her life to the conservation of the Mountain Gorilla by conducting an 18 year comprehensive study about the fateful ape. ...
Read More...

These striking primates are a treat for the eyes. With their bright orange fur contrasting the green rainforests of the Virunga Mountains, it's a photographers dream! The activity starts at ...
Read More...

Visit a cultural village around the park where you get to learn about the culture of the Rwandans through their daily life and knowledge of the environment, poetry, folklore, dancing, ...
Read More...

Mountain Bisoke hike can be an experience of a lifetime but it can also be one of the most challenging things a person can undertake, especially if physically unfit. ...
Read More...

The route passes through the highlands of Rwanda which offer spectacular views of the landscape. Volcanoes National Park is in northwestern Rwanda and covers 160 square kilometres of rainforest and ...
Read More...

A boat trip on this magnificent lake gives you opportunity to take a sundowner cruise on the lake, spot some beautiful birds and have great scenery views of the lake ...
Read More...
More Activities in Volcanoes National Park

Bisate Lodge, adjacent to Volcanoes National Park, combines the bucket-list gorilla trek with a pioneering vision of reforestation and community partnership. Bisate is located in the natural amphitheatre of an eroded ...
Read More...

We are delighted to welcome you back to our authentic and enchanted escape. Follow the footsteps of rare mountain gorillas. Feel effortlessly sophisticated. Immerse in the raw beauty and drama ...
Read More...

Nestled in a small village outside the town of Kinigi, the Amakoro Songa Lodge is a genuine blend of conservation and tourism. Its eight luxurious cottages are designed and built ...
Read More...

Our Five Volcanoes Boutique Hotel in Musanze (Ruhengeri) located on the road going to Kinigi is the perfect starting point to go for different activities that the Volcanoes National Park ...
Read More...

The Bishop’s House is located in the Northern Province of Rwanda in a town called Musanze; Well known as the gateway to the Volcanoes National Park which is home to ...
Read More...

Sabyinyo Silverback Lodge is located close to the headquarters of the Parc National des Volcans from where clients trek on foot to see the magnificent Mountain Gorilla – perhaps one ...
Read More...

We are located in Musanze District, Northern Province, Rwanda. We offer luxury self-contained rooms, with views over the Volcanoes. Designed with the inspirations from the rwandan traditional house design, this ...
Read More...

The magnificent Virunga Lodge is the premier luxury gorilla lodge of Rwanda and one of Africa’s finest and most renowned lodges. The lodge is perched high on a ridge with ...
Read More...

Tiloreza Volcanoes Ecolodge is a boutique operator of lodging and related activities. First and foremost, we believe that you should be comfortable on your journey. That is why we ...
Read More...

Le Bambou Gorilla Lodge is located strategically near the Volcanoes National Park which is home to the rare species of mountain gorillas. This property is situated 2 hours and a ...
Read More...

A Boutique Hotel in Rwanda's Volcanoes National Park With a scenic location 5 minutes from park headquarters, Villa Gorilla makes the ideal base for your gorilla tracking ...
Read More...

Lake Kivu Serena Hotel celebrates the shores of this African Great Lake as a destination of astonishing beauty, where pristine beaches and the sparkling waters of Africa’s sixth largest lake ...
Read More...

Lake Kivu Serena Hotel celebrates the shores of this African Great Lake as a destination of astonishing beauty, where pristine beaches and the sparkling waters of Africa’s sixth largest lake ...
Read More...

ome onboard the Mantis Kivu Queen uBuranga, a floating luxury hotel which cruises along one of Africa’s great lakes, Lake Kivu in Rwanda. With ten modern cabins, a swimming pool, restaurant, ...
Read More...

Emeraude Kivu Resort is located in the town of Kamembe facing the quiet and beautiful Lake Kivu. The Resort is a high standing hotel designed to provide guests with luxurious and ...
Read More...

Located in Nyamyumba, KIVU PARADIS RESORT features a garden and free WiFi. With a bar, the property also features a restaurant. Rooms are fitted with a terrace with a mountain ...
Read More...

The new Kivu Lodge is now open for business. The lodge is located on a small piece of land that juts into the calm waters of the Lake Kivu in ...
Read More...

Hakuna Matata Rubavu Lodge, Camping and Restaurant is located in one of the most elegant parts of the shores of Lake Kivu. Hakuna Matata Lodge is 7 kilometers from Gisenyi ...
Read More...
More Accommodations in Volcanoes National Park

This trip takes you to the world's largest primate, mountain gorillas of Volcanoes National Park and to the humans closest relative the common chimpanzee of ...
VIEW ITINERARY

This trip takes you to Volcanoes National Park, a home to endangered primate species that is the mountain gorilla and the golden monkeys. You get ...
VIEW ITINERARY

Our Safari Specialists ensure that you get the perfect safari experience that will fit your taste and budget.

From the first email right up until we drop you off at the airport, we pride ourselves on offering exceptional customer service.